Communist Opposition and Resistance to Stalinism in the 1930s

The 1930s in Soviet history are remembered as a period of Stalinist political consolidation and radical socio-economic transformations accompanied by mass state repression. Yet another aspect of this period is less well-known: social resistance to Stalinism, which took various forms, including ideological dissent and political struggle. One manifestation of this struggle was oppositionist activity from communist positions against the ruling party-state regime. Rejecting the official interpretation of socialism, it proposed its own alternative vision of socialist principles and their practical implementation. The authorities cruelly repressed the anti-Stalinist opposition, and its suppression in particular became one of the main pretexts for initiating the Great Terror in the country.

The discovery in 2018 of unique manuscripts of the “Bolshevik-Leninists,” hidden by political prisoners in the Verkhneuralsk isolator in the early 1930s, stimulated widespread scholarly and civic interest in the heretofore understudied history of communist opposition. Further analysis of this field is essential for a fully-fledged reconstruction of the socio-political history of the USSR.

The goal of this conference is to discuss a broad set of questions around the history of communists’ struggle against Stalinism in the 1930s.

Discussion will focus on the following main problems:

● The phenomenon of communist opposition in the USSR: its origins, character, and evolution; oppositionist groups and tendencies in the 1930s (Trotskyists, Democratic Centralists, Miasnikovists, and Riutinists); and oppositionists’ activity in the underground.

● Repression against the opposition; oppositionists in exile, prisons, and camps; and resistance in places of confinement.

● Oppositionist criticism of the Stalinist regime and its policies; analysis of the social nature and political essence of Stalinism; and evaluation of collectivization, industrialization, the situation of workers, the USSR’s economic, social, and foreign policy, and Comintern policy.

● Oppositionist alternatives to Stalinist policy; elaboration of programmatic positions; and the ideological and political evolution of the communist opposition in the 1930s.

● The composition of the communist opposition: leaders and activists; and oppositionists’ fates.

● Opposition in the USSR and the communist emigration; Lev Trotskii as ideological leader of the “Bolshevik-Leninists”; and the phenomenon of communist non-returnees.

● Historiography and sources for studying the history of the communist opposition.

The conference’s working languages are Russian and English.

Due to the pandemic situation the conference will be held online.

Proposals for participation in the conference will be accepted until September 15, 2021. Include the title of your paper, an abstract, and a short professional biography in a document no more than 1800 characters (300 words). Send your proposal to the organizing committee at leftophist@gmail.com 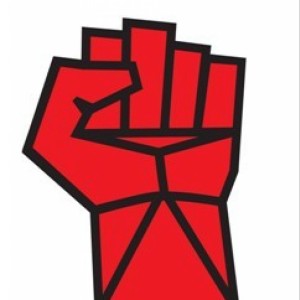